MATURE TRAVELLER
What do you do when you have run out of oceans to explore? Why, head inland to the rivers, of course.

With all the chatter about river cruising going on in the travel media, you’d think it was the latest fad. Truth is, river cruising in Australia for pleasure has been with us for many decades, beginning around a hundred years ago when the great paddle steamers on the Darling and Murray Rivers stopped hauling wheat and wool and switched to picnic cruises. 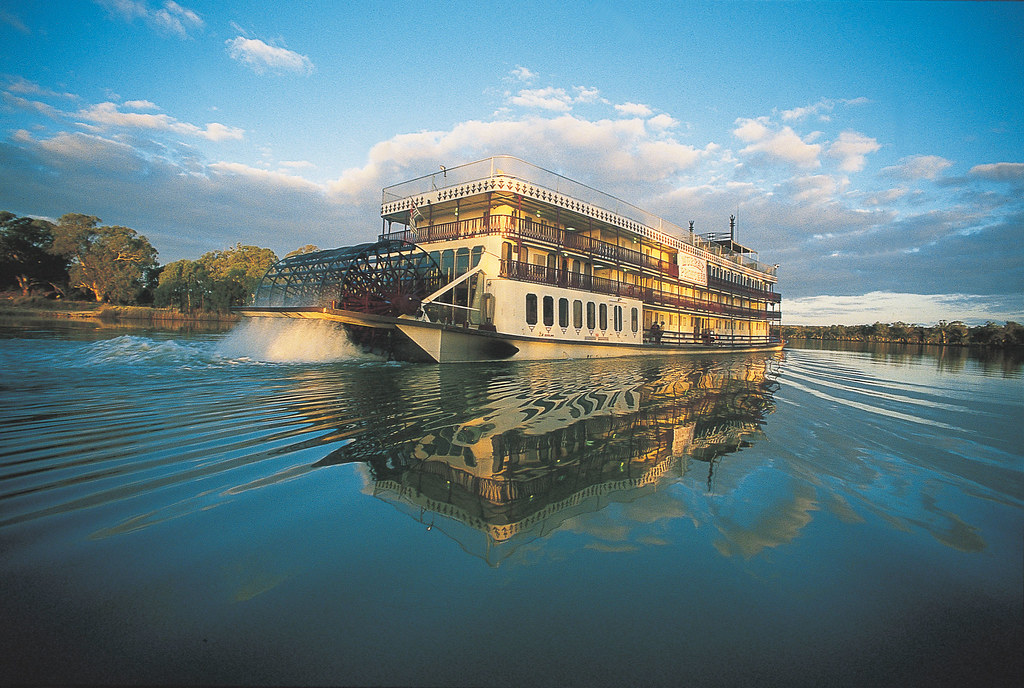 Ryan Posa, General Manager of Cruise Sale Finder, is an old hand when it comes to the cruise industry, and has noticed the recent increased demand in a product that has been on the books for quite a while already. He says of the trend, "We've seen the interest in river cruising grow every year. The satisfying thing for our team is that it is such a wonderful cruise experience - our clients always have such a great time and come back with wonderful feedback on their holiday."

Today, the primary focus of river cruising is Europe, particularly the iconic waterways of the Rhine, Main and Danube. In the last few years, the rush to launch fancier and more luxurious boats (yes, river cruisers are called ‘boats’) has become a frenzy with the major operators adding several boats to their fleet annually. Cruise lines like Evergreen and Scenic are river cruise lines commonly seen on the watery highways of the Continent.

As a result, we’ve seen the quality of onboard accommodations soar, fine dining restaurants rivalling the best hotels become de rigeur and tours and activities on par with the leading bespoke land-based tour operators. But the feature drawing almost all converts to river cruising - and keeping them - is the same as that which wins over their big ship cousins, namely the ability to settle into your suite for a week or more, without having to pack and repack as the voyage progresses.

The busiest river in Europe for cruising, perhaps the world, is the Danube. And it’s easy to see why. Dotted along its length are many of the most famous and picturesque cities of Europe. Itineraries typically encompass excursions to Vienna, Budapest, Bratislava and Melk where the vessels can tie up to the cities’ wharfs. It is common too, for luxury coaches to shadow the boat as the voyage progresses, whisking guests away on effortless day tours to sights a short distance from the waterway, like the magnificent UNESCO-listed medieval city of Ceský Krumlov in the former Czechoslovakia. 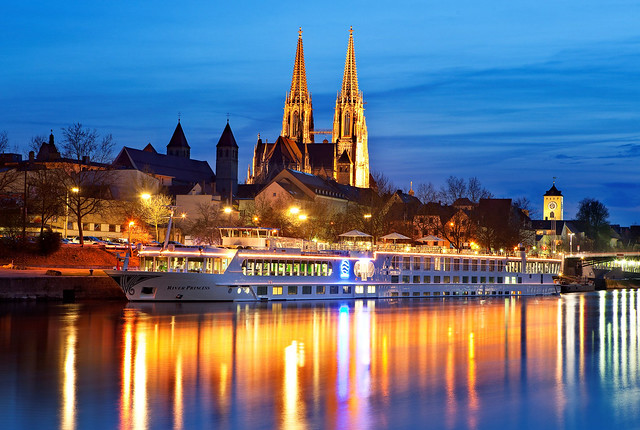 Technically it is possible to travel the entire length of the Rhine-Main-Danube system, from the North Sea to the Black Sea and a handful of operators will offer this epic voyage over some three weeks duration. Starting at the famous Dutch port city of Amsterdam, the route covers 3500km past Bucharest in Romania to the Black Sea.

Elsewhere in Europe, the iconic Seine River of France takes cruisers on a journey through glorious vineyards and countryside of the Northern France, while on the Rhone River in the south, it is possible to cruise from the quaint Chalon-sur-Saone all the way to the Mediterranean Sea via such landmark cities as Lyon and ancient Avignon in Provence.

Even so, the European river experience does not end there. The tiny, but rich Douro River in Portugal as well as the mighty Volga in Russia are both increasingly popular destinations for determined river cruise enthusiasts from all over the world.

With the freshwater thoroughfares of Europe approaching capacity, creative river cruise companies are turning their attentions to rivers elsewhere in the world and one such waterway rapidly gaining favour is the famous Mekong River in Southeast Asia. From slow and sleepy beginnings over a decade ago, the big names in river cruising are flocking to the lower Mekong between Saigon (Ho Chi Minh City) and Phnom Penh to muscle their way onto a river that only a few years ago saw just a handful of laid-back, traditionally-styled vessels meandering from the delta to the vast Tonle Sap near Siem Reap. The more creative cruise companies are now turning their sights to the upper Mekong in Laos and Thailand where relatively unexplored sections of the river remain. Historically it has not been possible to navigate from the lower to the upper Mekong because of a series of rocky and rapid sections near the Cambodian border, but plans have been proposed by the countries bordering the Mekong to build dams and navigation aids as well as hydroelectric plants. Both local farming communities and cruise operators have protested strongly against these projects, fearing devastating environmental side effects.

In the Americas, river cruising is well known on the world’s largest river, the Amazon. This massive river and its many tributaries combine to create the largest resource of freshwater in the world by far, more than the next seven largest rivers combined. The main canal from the Atlantic Ocean allows seagoing vessels access all the way to the largest city, Manaus, so cruising in that region can be a bit hectic.

Deep in the upper reaches of the Amazon basin in Ecuador and Peru, much smaller rivers feed the mighty stream from within the dense jungles. In the vast Pacaya Samiria National Reserve, evocatively named streams such as the Yarapa (turtle), Yanayacu (blackwater) and Ucayali (canoe-breaker) near the historic town of Iquitos are where the real adventures take place. Many safari-style jungle lodges are also in this region and are a great adjunct to any river cruise adventure.

In North America, two rivers feature large in the catalogs of river cruisers. The 3700km Mississippi naturally gains the lions share with the several legs between New Orleans and St Paul. There’s even a short cruise on the tributary Ohio River to Cincinnati. The massive 2012-launched Queen of the Mississippi leads the charge with several smaller vessels completing the Mississippi fleet.

In Washington State in the distant Pacific Northwest, the Columbia River hosts summer cruises from the unashamedly quirky city of Portland all the way to the Snake River in Idaho. Wildlife, great scenery and First Nation experiences are drawcards.

While the legendary Yangtze River in China has been radically transformed in recent years with the introduction of the Three Gorges Dam, cruises still operate year-round between the mountain city of Chongqing right through to the celebrated and historic port of Shanghai. Passing through the staggering structure and its multi-level lock system is something not easily forgotten.

And what of the future of river cruising? Always looking to fulfill the desires of their worldly clients, those companies at the forefront are looking to Africa as the next big river cruise destination. Of course, Nile River cruises are well established, but short, luxury safari cruises of around three days are also being offered on the Chobe River in southern Africa. The Chobe flows through Botswana and Namibia and into the Zambezi, meeting the main stream near Victoria Falls.

Way over on the western coast of the great continent, niche wildlife cruises run occasionally in the Gambia, a tiny sliver of a country surrounded by Senegal. But what of the Congo, Okavango and any of the dozens of other rich rivers of Africa flowing into the Atlantic and Indian Oceans? Watch this space... and in the meantime, why not book a river cruise itinerary while they’re on sale and see what the fuss is about